The advisory board constitutes overseers of FAVOA. It is mainly comprised of the registered trustees ranking from the Board Chairperson, Vice Chairperson, Finance advisor, Legal advisor, board committee members and the board secretary who also works as the secretariat president. 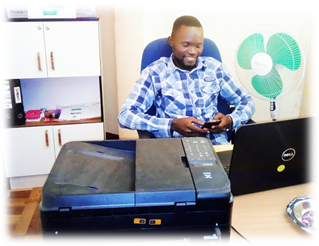 BRIEF BIOGRAPHY OF THE  FOUNDER

Is a multi-tasked young Malawian entrepreneur and the pioneer of this non-profit oriented non-governmental organization, FARMERS VOICE AFRICA. Born in 1992 in Malawi from the family of Mr. and Mrs. H.J Zakalia.

During his entire school time, he has learnt a lot through many areas of leadership, trainings, work experiences, and these triggered his ability to think big about transforming the agricultural sector.

He joined Lilongwe University of Agriculture and Natural Resources (LUANAR) in 2013 where he pursued his first degree in Agriculture till 2017. While at the university, he was voted into Student Union position as the Social Welfare director, where he successfully completed his office duties and responsibilities with zeal and zest. This position helped him in many ways like gathering the courage to stand for the crying farmers in local and international markets, and the helpless students who are till to date struggling to cope up with the real world survival issues after their respective studies.

After doing several consultations and guidance while pursuing his first BSc in agriculture at LUANAR, he tirelessly and holistically wrote the FAVOA constitution which was later registered with the Malawi government. To maximize the results to the foundation of FAVOA, he voluntarily either got trained or worked with the following institutions in Malawi; LUANAR Bunda Campus; where he is also currently pursuing Master’s program in Rural Development and Extension, Bvumbwe Research Station of Agriculture, National Registration Bureau of Malawi, UNDP Malawi, PWC, Ministry of Agriculture through Dedza District Agriculture Office and ShareWorld Open University, where he is currently lecturing. All these experiences and encounters have ignited the passion and determination in uplifting the lives of those who sweat for the common good.

Malawi's economy remains predominantly agro-based despite development in other economic sectors. It has been found that the agricultural sector contributes about 39% of the country's GDP. It is estimated that Malawi has 4.7 million hectares of arable land which can be cultivated under rain-fed and irrigated agriculture.  Read More...